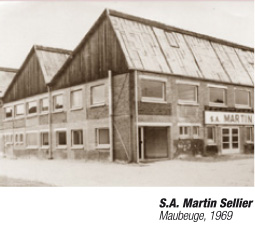 Founded in 1927 by Charles Martin, originating from Auvergne, the company delivered accessories for hardware stores. In 1969, the company relocated to the north of France. His son, René developed the first French manufacturing site for dog and cat accessories at Maubeuge.
It offers superior quality 100% plant-based products, made in France.

Martin Sellier set up a facility in Spain through a subsidiary in Barcelona and the Spanish company BALLSPORTS was incorporated into the Martin Sellier group.

Ludovic Deswarte the current CEO, purchased all the shares of Martin Sellier.

Martin Sellier has decided to relocate its production in France and in Europe in order to control the quality of its products and offer a more regular flow of new products, either through its own factories or through its partners.

The company acquired ARKA HAOK, a French saddlery manufacturer based in Nimes, developing canine accessories dedicated to sports and safety.

Martin Sellier launched its own range of toys made of 100% natural rubber, Rubb’n’Roll, which are manufactured at the BALLSPORTS factory in Spain.

DYNAVET and ALTER EGO joined the Martin Sellier group. DYNAVET's training collars provide a suitable solution for every behavioural problem encountered when training a dog. As for fashion, ALTER EGO is one of the pioneers in the world of canine and feline fashion, made in France. Inspired by its designer, the brand develops high-quality trendy accessories for small dogs and cats.

Martin Sellier opened its new premises at Rouvignies, near Valenciennes (59). The development of a new 12,000m² logistics centre offers a storage capacity for 13,800 pallets and 12 loading docks. Martin Sellier acquired the Laboratories Hery, a French laboratory specialising in animal hygiene and beauty.

A partnership was signed in 2013 with the companie Trendy Tube. Trendy Tub, a company that creates eco-design furniture made with recycled drums, is developing an exclusive range of bedding solutions for small dogs and cats, known as the Trendy Pet. 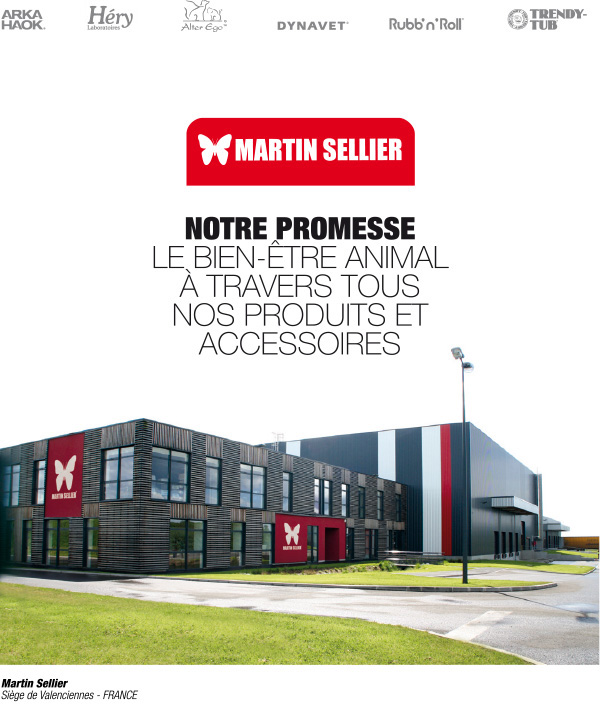